A fun time was had by all at the annual Chinese New Year lunch co-organised by HML and long-term CSR partner Food Angel on 10 February. The 500 beneficiaries, including elderly, children and their families, were served by nearly 100 HML volunteers. They played at the game booths, had photos taken with Choi Sun, watched a lion dance and performances by artists, and enjoyed a delicious lunch prepared by HML chefs. And they all got to take a goodie bag home!

The lunch was the finale of the HKCEC’s 30th-anniversary celebrations, and the largest of the annual lunch gatherings staged with Food Angel.

The gifting of Chinese New Year puddings was again a part of the festivities. HML invited stakeholders and business partners to support a CSR initiative to donate the special puddings prepared by HML chefs to the elderly and underprivileged families via Food Angel’s Food Rescue Programme. A total of 1,198 puddings were donated. Thanks to those who participated for their generous support. 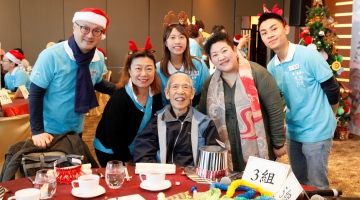 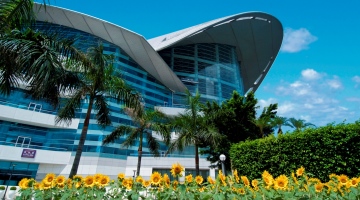 Improving waste control
HML is continuing to reinforce its position as a role model for handling different types of waste in a sustainable and responsible way by introducing a new waste management guide. 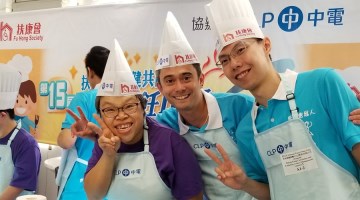 Cooking with kindness
HML has long prided itself on helping to create a more caring society, and regularly takes part in events that promote inclusivity.